The Tradition of Religious Candles – Znicze 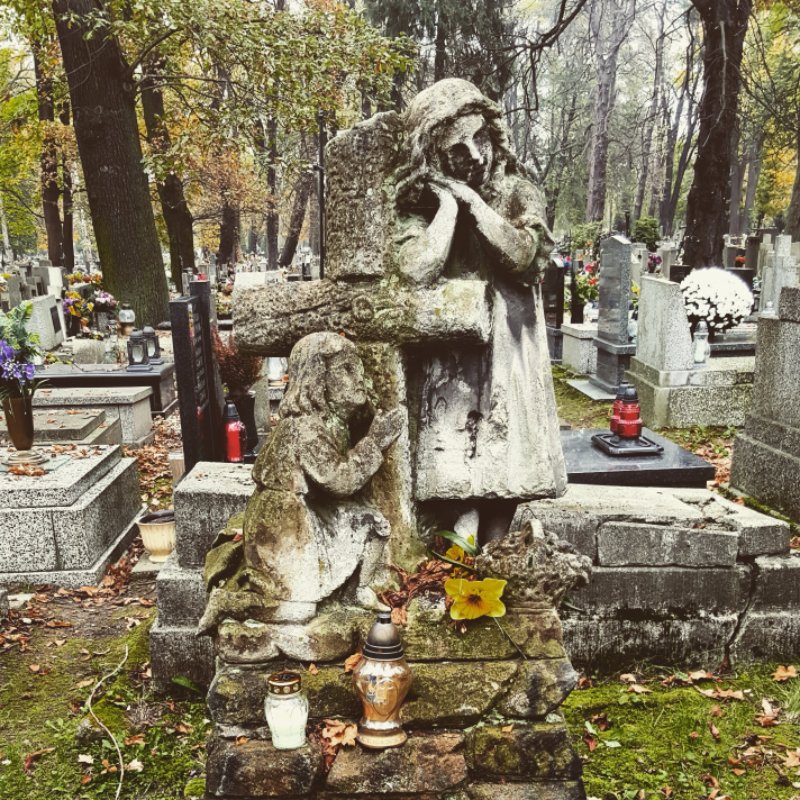 Living in a predominantly Catholic country like Poland, one cannot miss the annual All Saints Day and All Souls Day which falls on the 1st and 2nd November respectively. India is known for being largely Hindu, but there are Indian Catholics. On All Souls’ Day, they often visit the resting places of their deceased to adorn them with flower wreaths and bouquets, as well as offer prayer. I grew up in a Catholic household and as I remember so we would go for holy mass on these days, in honour of the dead and we would then visit the graves of our loved ones to say a prayer.

The first time I visited the cemetery on All Saints Day (Dzień Wszystkich Świętych) in Poland, I was blown away. The sea of candles lighting up the evening skyline was truly breathtaking! Lanterns in all shapes and sizes, especially the colours reverberate with the fall season. Since then each year I keep visiting the cemetery, and join millions of other Poles, to light a candle in memory of a dearly departed family member. For me, I especially make it a point to light a simple candle on an unmarked grave and say a prayer in memory of my mother. 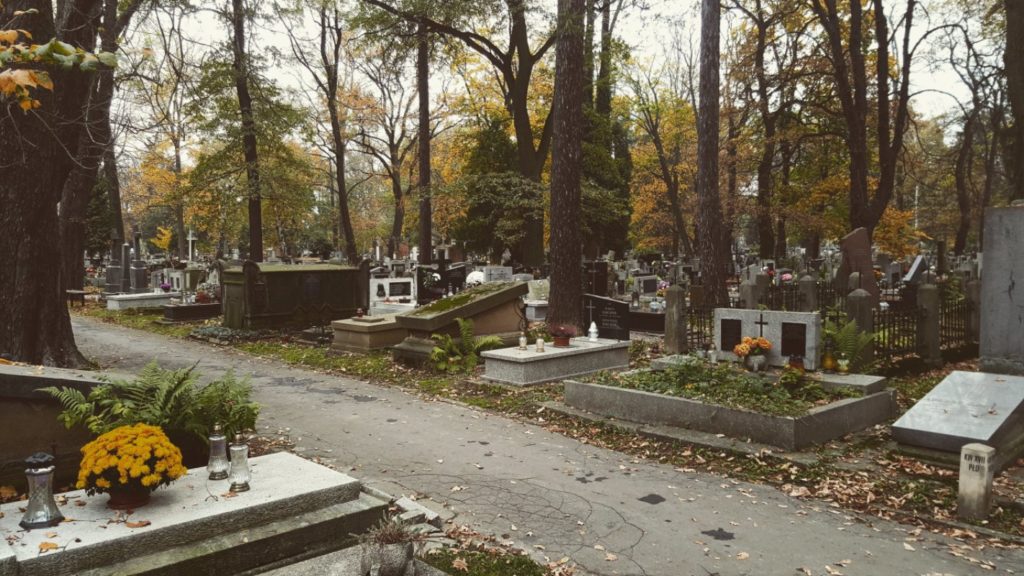 As per Catholicism, the celebration begins with All Hallows Eve, then All Saints Day and finally All Souls Day which together is also known as Triduum. Therefore in Poland, it is very common to find people visiting graves on all the three days (October 31-November 2). The 1st of November however, is a national holiday in many historically Catholic countries, as many people make journeys to visit the burial places of their relatives. Cities in Poland set up special bus lines which travel between traffic hubs and cemeteries. The supermarkets and stores already start to stock up on the candles or as it’s called in Polish ‘Znicze’. I was curious to know where this tradition originated and at the same time, I wanted to know where the modern-day tradition of candle lighting came from. 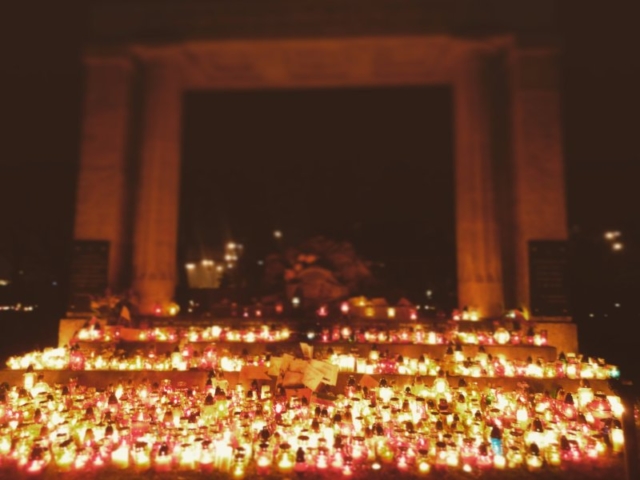 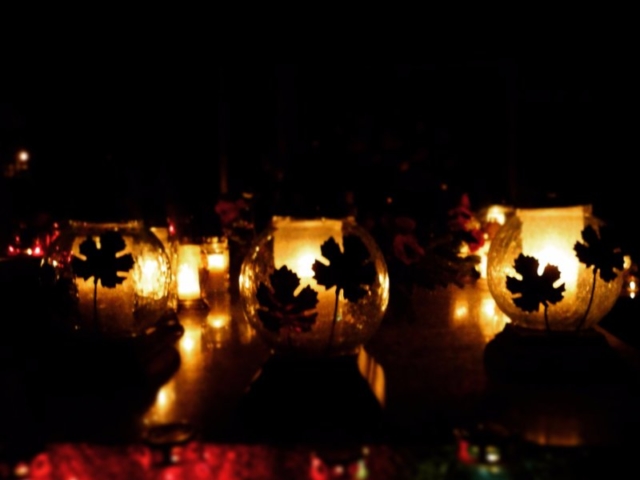 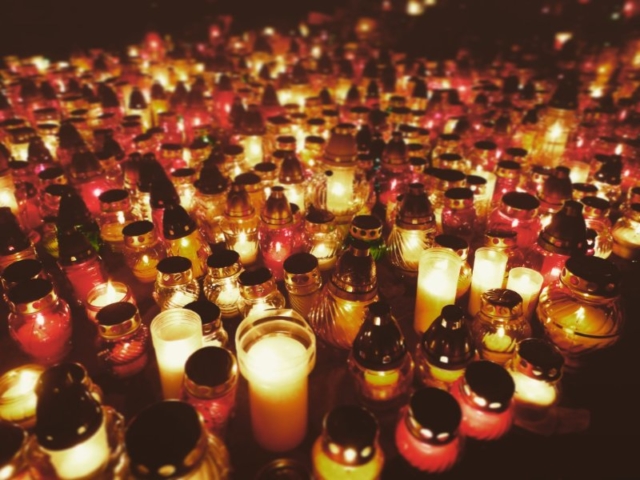 In the early years, Christians had a tradition to worship martyrs, but gradually as the number of martyrs outgrew the number of days in a year, it was decided around A.D. 610 to hold just one day to honour all of them. In the beginning, it was observed in Springtime, on the 1st of May, until 835 but about 200 years later, it was moved to coincide with the Celtic tradition of Samhain, which took place in Autumn.

The history of candle lighting probably came from “Samhain” which was celebrated towards the end of the harvest season and beginning of winter. Huge bonfires were lit which suggested that the fires were a kind of imitative magic – they mimicked the Sun, helping the “powers of growth”, holding back the decay and darkness of winter. They may also have served to symbolically “burn up and destroy all harmful influences”. Accounts from the 18th and 19th centuries suggest that the fires (as well as their smoke and ashes) were deemed to have protective and cleansing powers. 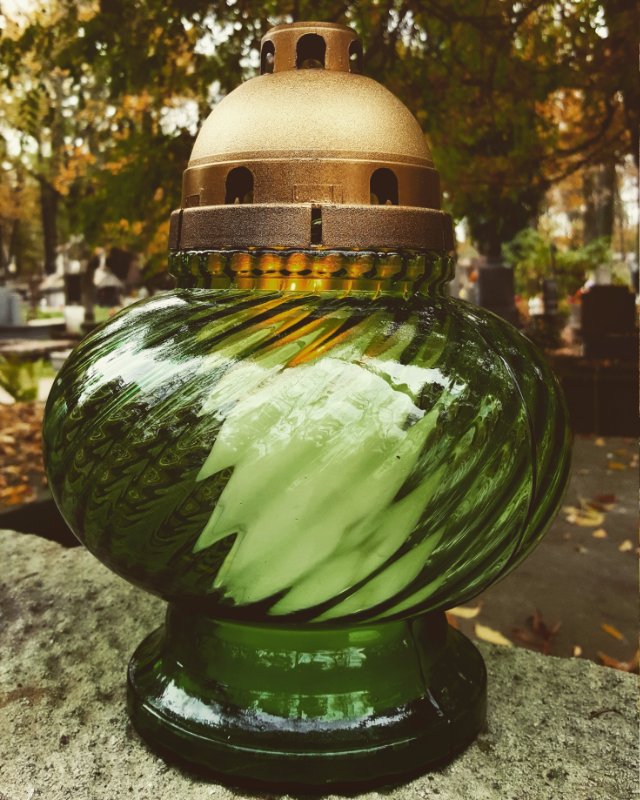 Lighting candles at the grave is mainly a Polish tradition, but also followed in countries like Ukraine, Lithuania, Serbia, Belarus, etc. Dziady, is an ancient Slavic feast, to commemorate the dead and the word translates to “Grandfathers.” In Poland, this tradition survived in the form of a Christian feast Dzien Zaduszny which means All Soul’s Day. The word Zaduszki originates from dzien zaduszny, which can be translated as the day of the prayer for souls, and thus is more closely related to All Souls’ Day. It was believed that in the autumn season, the spirits of the deceased relatives would visit their old homes. The ritual of Zaduszki began with people tiding the graves of relatives, decorating them with flowers, lighting candles and ended with the priest blessing the graves. Women would bake bread and give them to the poor, in hopes that it would bring them good fortune. In some cases, people brought food like honey, kutia, eggs and vodka to the cemetery to spend time with the dead and get their graces. This seems quite similar to the Mexican celebration of Dia De Los Muertos. 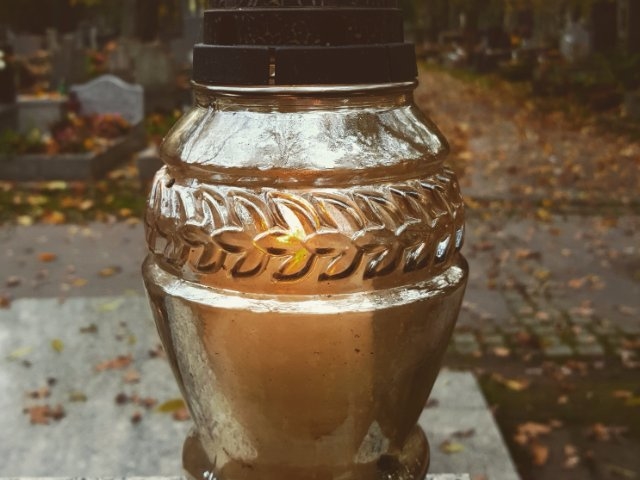 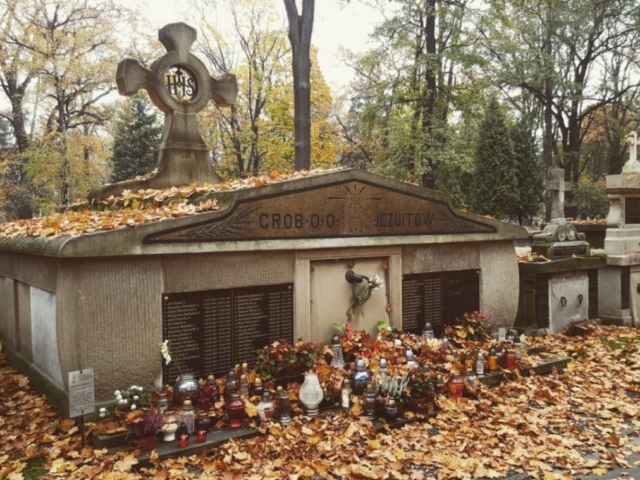 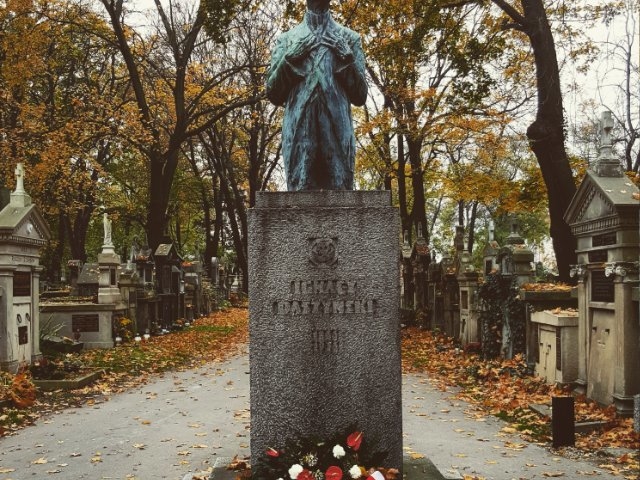 Where do znicze come from?

As I mentioned earlier, supermarkets are already selling Znicze (candles). There are the basic candles and lanterns in a myriad of colours and there are even some high-tech ones which also have a melody in them and are battery operated. It is a booming industry that employs around 100,000 employees (more than that in coal mining industry). There is an Association of Znicze Producers in Poland (http://www.ospsiz.pl/) and a European Association as well (AECM-Association European Candle Makers). Poland has some of the world’s largest manufactures of candles- Polwax, Korona Candles, and KCB Candle Company. 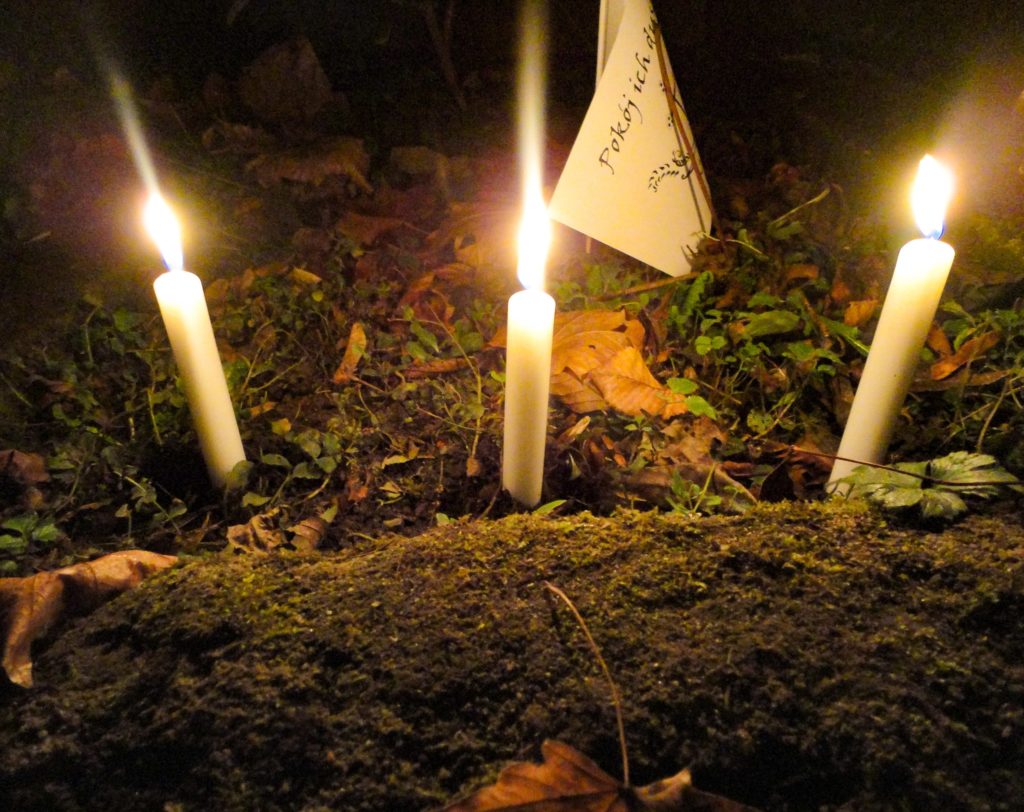 I like this Polish tradition and it is worth to visit the cemetery both during the day and in the night time as it is a very humbling and beautiful experience to witness. I will be visiting the cemetery again this year to say a prayer for those that have gone before us and to light that special candle for my special someone!

What do you think about this tradition? Do you follow similar customs back home where you come from?

Thank you for stopping by and until next time

Originally published on The Krakowist  October 29, 2017

A Magical Stay in the Mountains
Famous Polish Graves in Krakow

1 thought on “The Tradition of Religious Candles – Znicze”