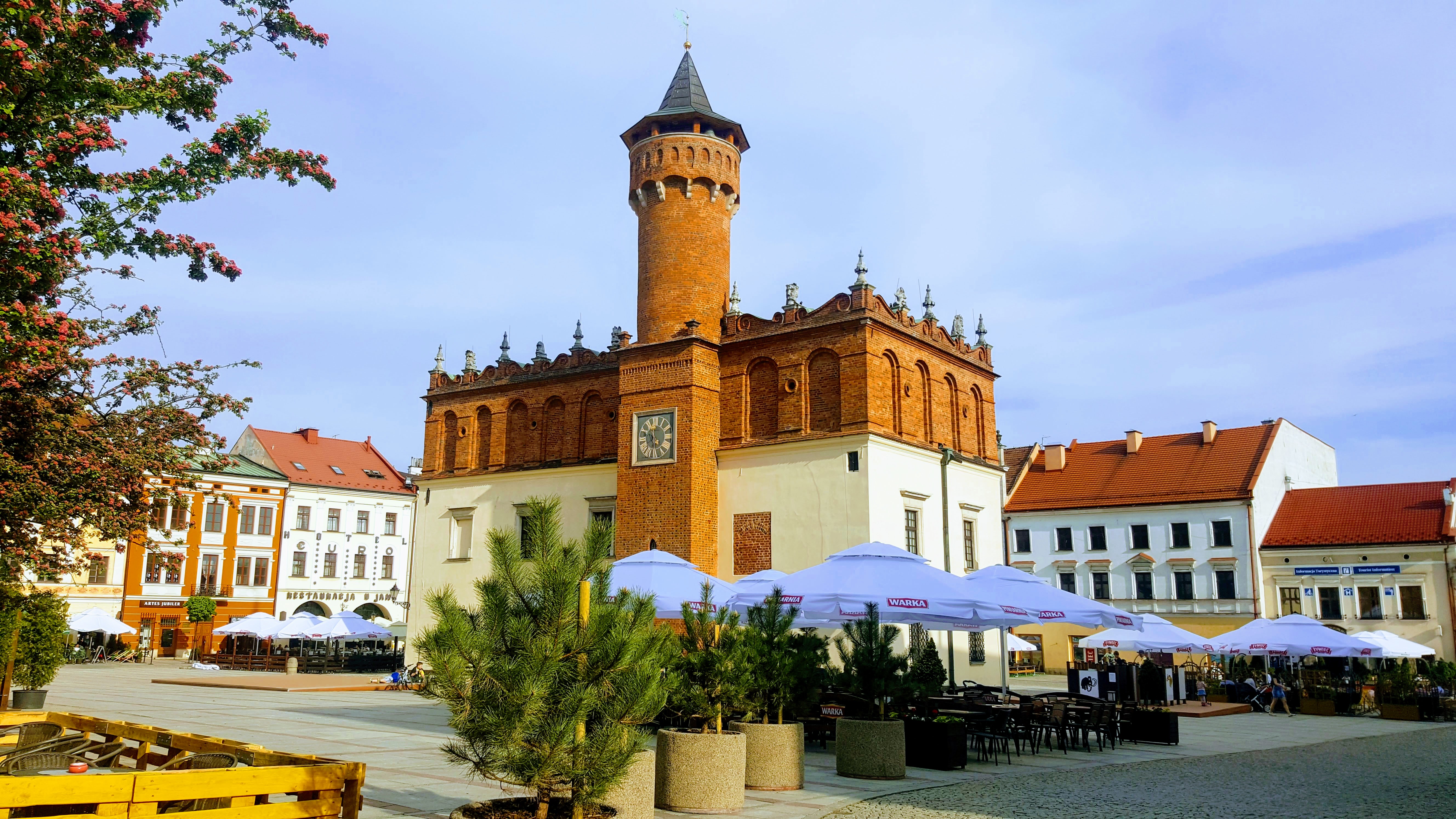 I hope you liked my earlier post about Zalipie. It was so much fun going around the little village and looking and taking pictures of the amazing artwork of the houses. I wish I could live there for a while and not just drive by. That would be awesome! Unfortunately, we could only spend a few hours there. So we decided to go visit the town of Tarnow on our way back to Krakow. Consider this post as instalment II of the Zalipie day trip.

To the East of Krakow in Southern Poland, lies Tarnów a beautiful city well worth a day of exploration. The town square is the heart of the city, and it is Malopolska’s second-largest city by size. The town square is medieval, with the layout and many of the buildings dating back to the 14th century. The Town Hall is the landmark building in the square and dates back to the 15th Century, and you can head inside to check out a staggering collection of Polish armour as well as beautiful paintings. Tarnów is also home to a number of historic Jewish sites as well as three traditional wooden churches, the oldest of which was constructed in the 15th century.

You can either drive down or take any of the local buses that go to Tarnow from Krakow. (Check for bus schedules online)

Once you arrive, there are many bars, restaurants and cafes around the city so you will not be hungry. I stumbled upon Sofa Cafe and cannot recommend it enough. After our drive from Zalipie we were already famished and so the minute we arrived in Tarnow we saw this quaint and lovely looking cafe with seats outside in the sun. It is a relatively new place and the menu and the setting looked amazing. I plan to write a review about the place so stay tuned 🙂

After lunch, we started to explore the town a bit and started off with the Poet’s Bench with the sculptures of three Polish literary figures of Agnieszka Osiecka, Zbigniew Herbert and Jan Brzechwa. They are located on the main pedestrianized street of the city in front of the building which houses the Mirror Room. It is said that the boxes placed next to them contain books with their works. I did not know this fact and so did not know that I could open the boxes at the time of our visit. 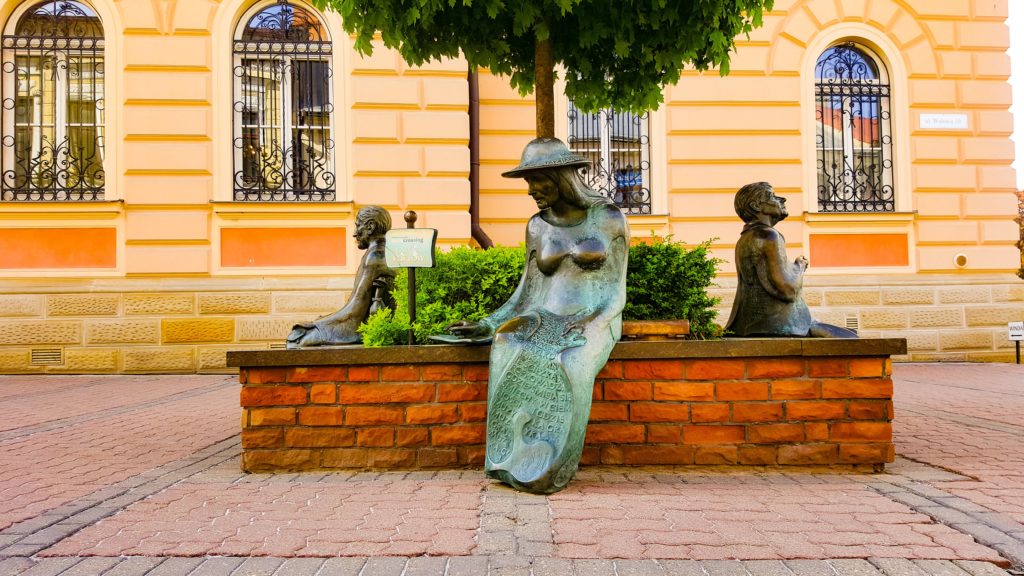 Wałowa Street – The street in the old town of Tarnowska connecting ul. Lwowska with ul. Krakowska surrounding the Old Town from the north. Currently, the main city promenade. It had its original name, Podwale, until the second half of the 19th century. On the afternoon of our visit, fortunately, the whole street was deserted and it seemed like we were walking through a ghost town. It was really super cool! 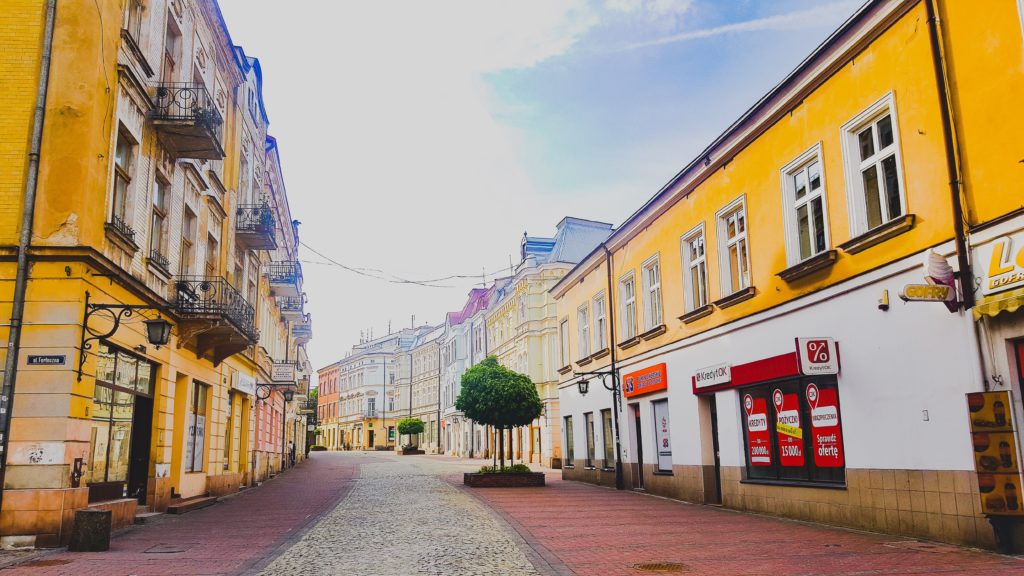 Off to Wałowa Street, on a small square, there is a monument of General Józef Bem, shaded by willow trees, erected in 1983, designed by the sculptors Bohdan Drwalowa and Stefan Niedorezo.

On the left side of the monument on the wall of the building, there is a mural with a fragment of “Panorama of Transylvania”, which presents General Józef Bem with his staff on the day of the Battle of Sibiu on March 11, 1849. The mural, made by the Tarnów artist, Anna Kropiowska, was solemnly unveiled on October 14, 2017, on the 120th anniversary of the first public presentation in Lviv of “Panorama Transylvania” by Jan Styka. 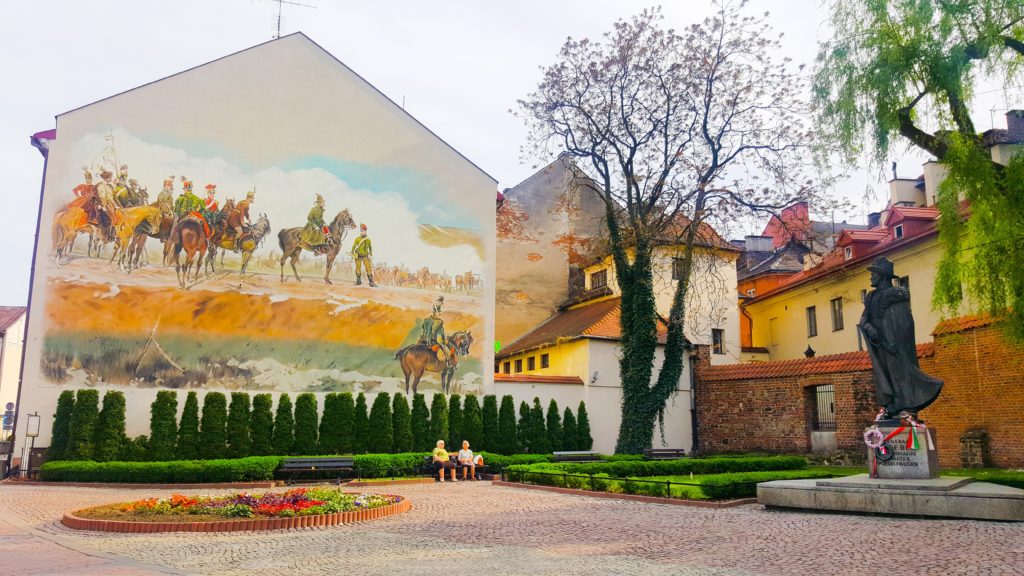 An old stairway to the right of the statue of General Bem leads you up to the path to the old Synagogue. The Old Synagogue was destroyed by the Nazis during the war and then later demolished. Today all that remains; the brick ‘bimah‘ – a four-pillared podium from which the Torah was read.  A roof was placed over the bimah in 1987, to protect it, and the area around it has since been renovated into a beautiful public space. 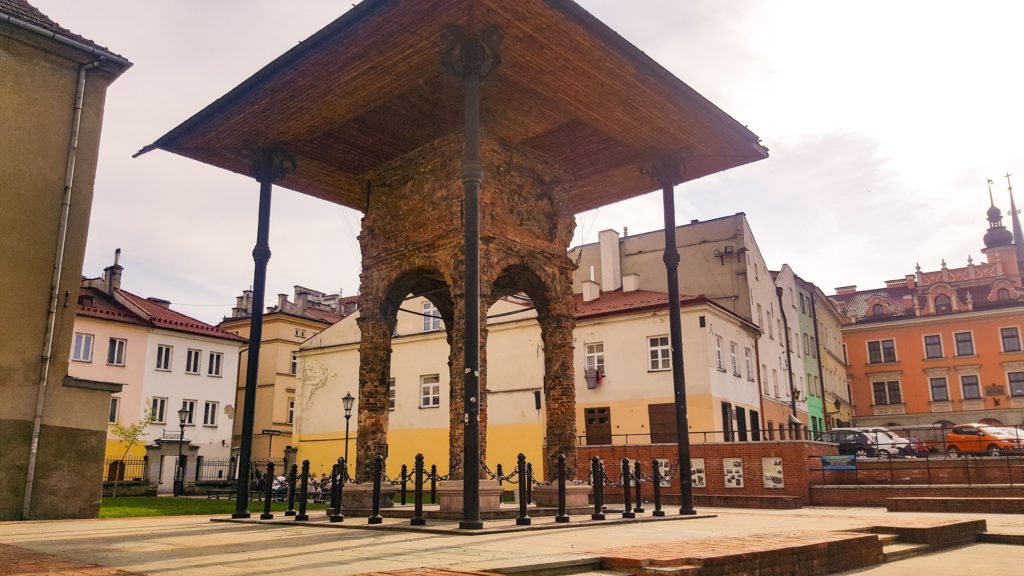 A short walk up the Bimah, you can find your way up Tarnow’s Rynek (just follow the street leading up the church spires in the distance). The town centre is quite charming. Situated in the centre, Town Square has always been a place where social life and where trade concentrated. Centrally located Town Hall, the first Gothic style, rebuilt in the middle of the 14th century, was reconstructed on several occasions. The Town Hall is a two-storey Renaissance building made of brick. Now, the only preserved Gothic element that remains is a brick ogival lintel of the portal in the ground floor hall, which probably served as an entrance.

Tarnow’s Seklers Gate is the second of its kind after the Stary Sącz gate in Poland! It was a gift from the Hungarian foundation Irott Szó and Sepsiszentgyőrgy for the city. They were made of different kinds of good quality oak trees and less frequently of pine trees. The structure of the gates resembles European craftsmanship technique whereas the layout of the ornaments symbolizes another world and have its source in the reality before the conquest of Hungarians who came from east. 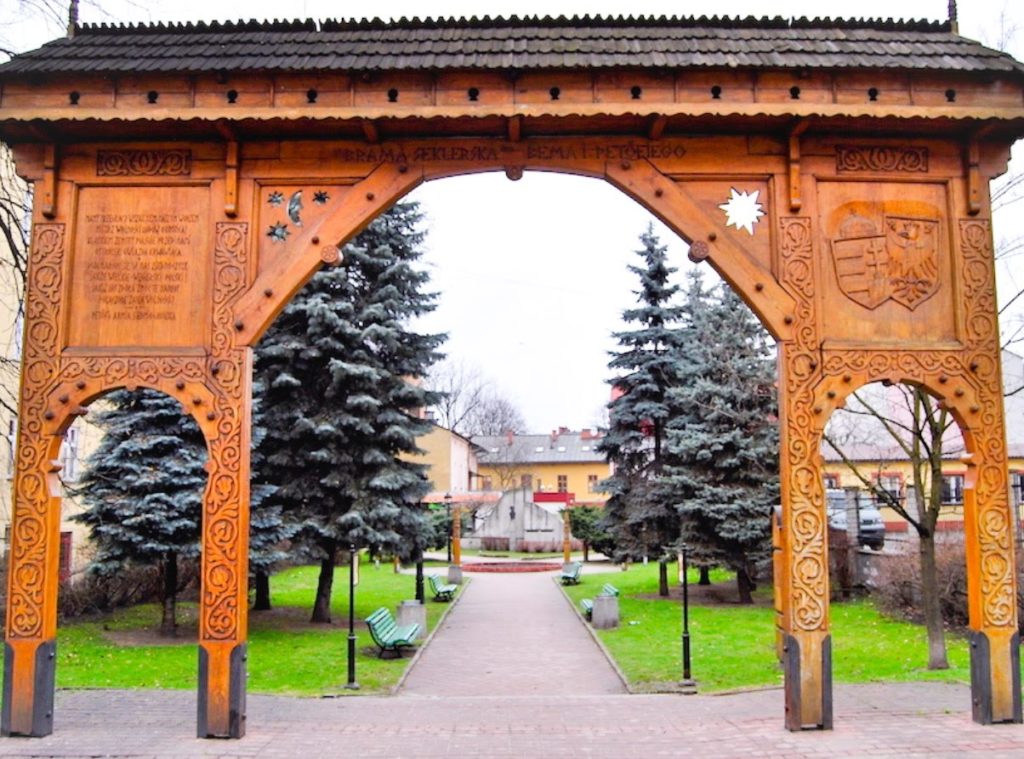 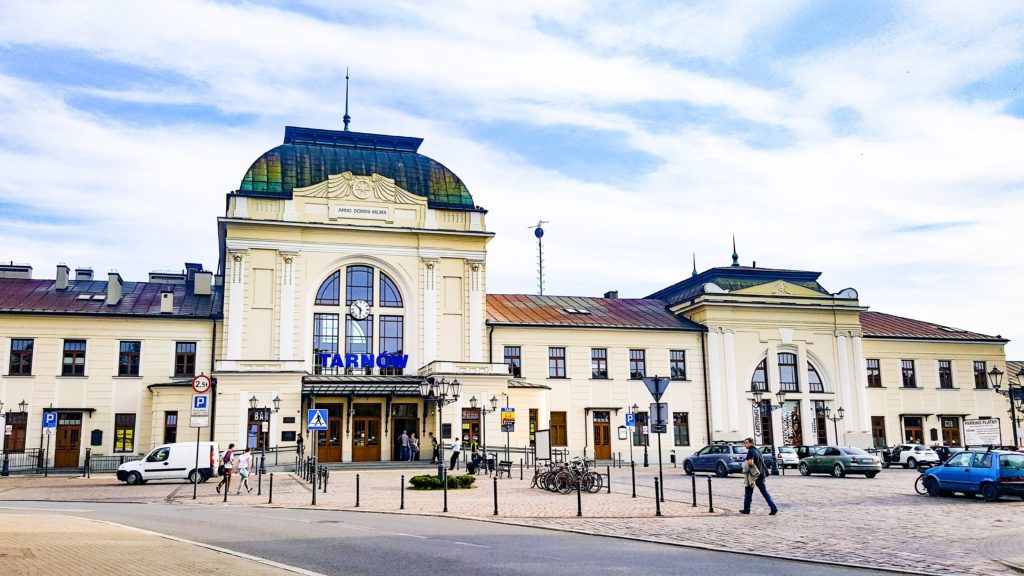 The city of Tarnow is very beautiful and has other monuments, churches, museums etc that you can visit. Owing to the shortage of time, we only walked through the entire town catching glimpses of the main sights and only stopping to take photos. I had been to Tarnow before but only to the village sides and never to the town centre. I was pleasantly surprised by the beauty and charm of this place and I cannot wait to go back. It is one of the most charming town centres I have seen so far in Poland, from all the places I have visited. 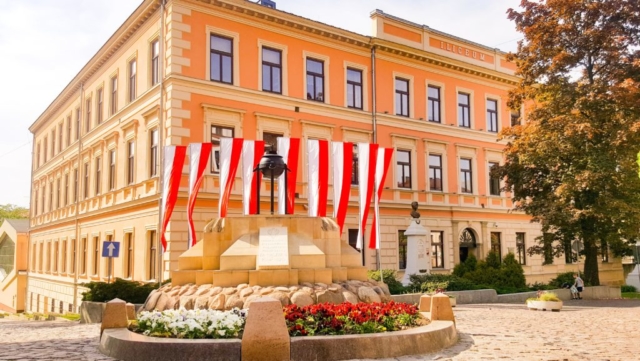 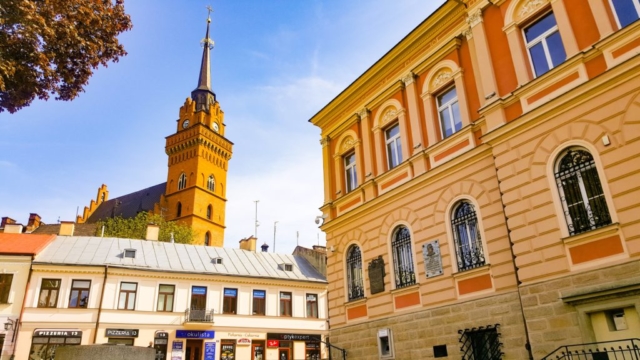 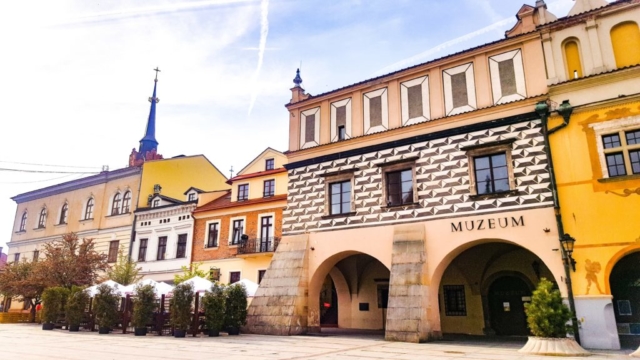 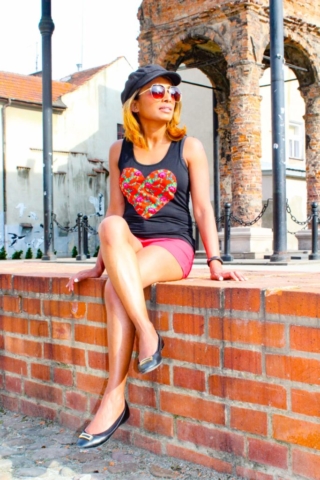 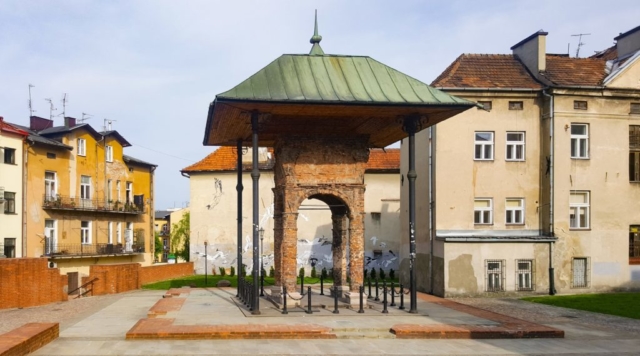 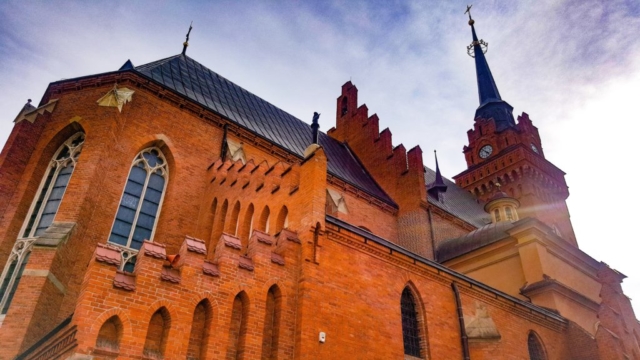 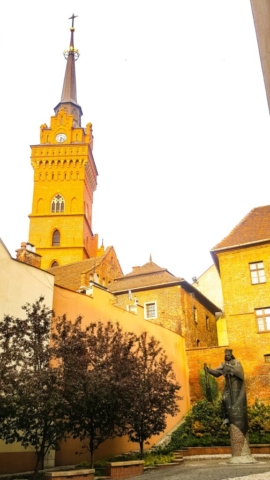 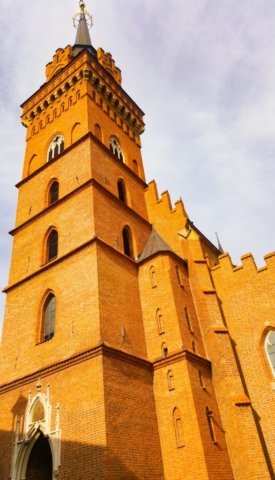 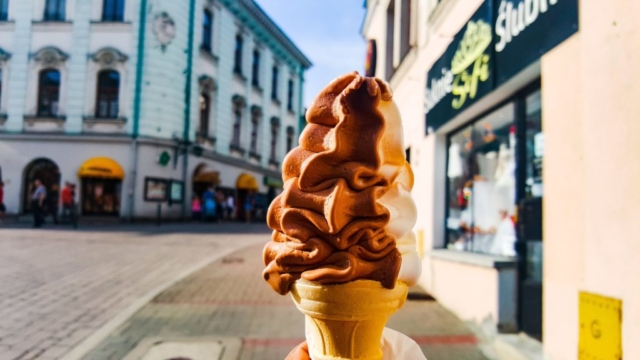 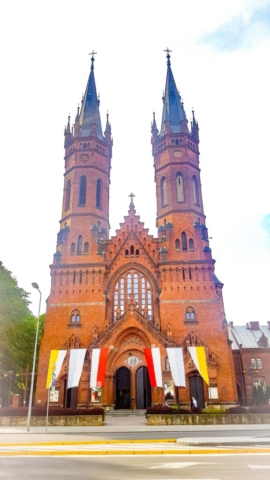 Have you been to Tarnow yet? Would you consider visiting the place if you were to visit Poland?

11 thoughts on “A day trip from Krakow, Exploring Historic Tarnow”