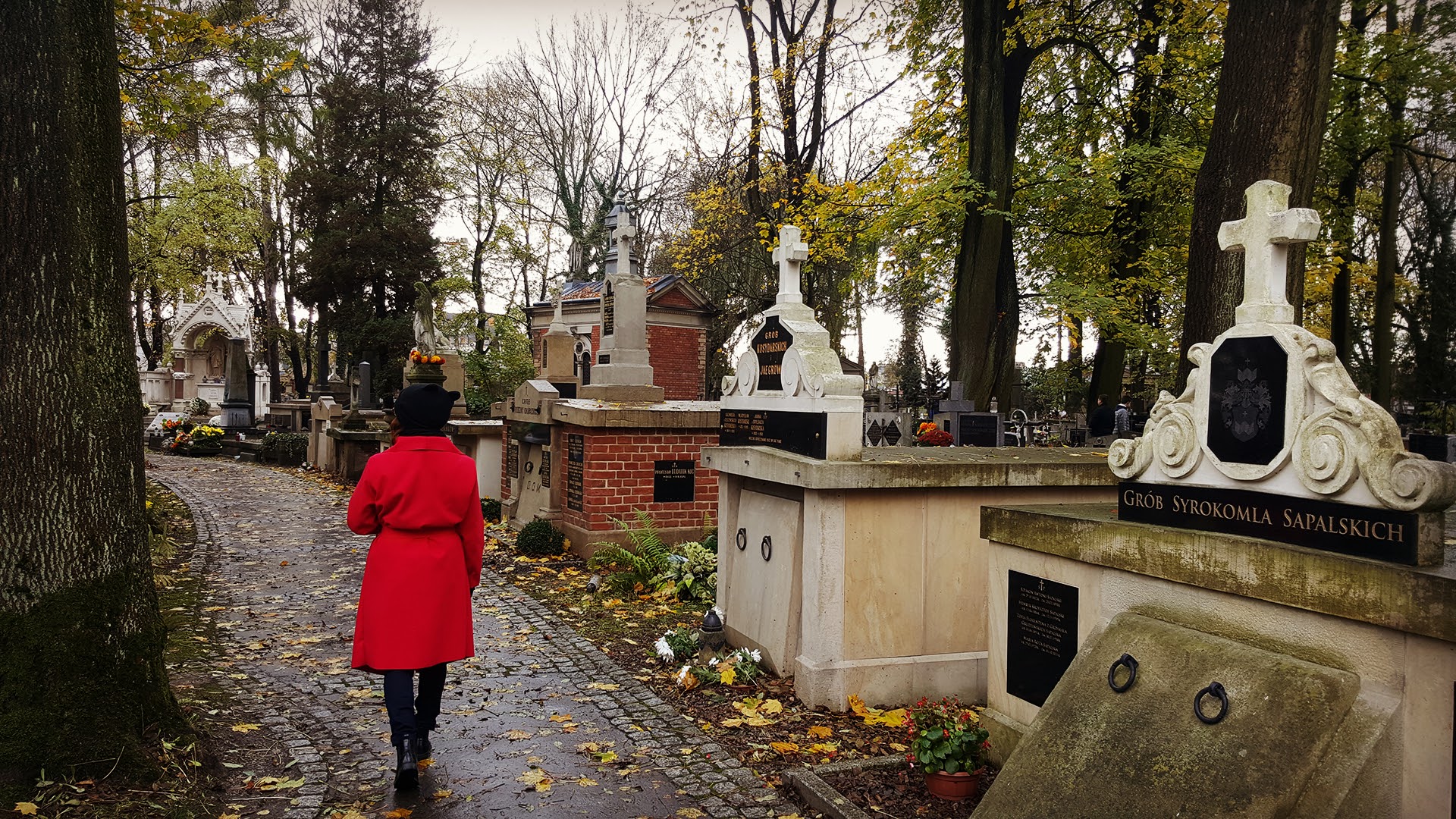 I know this is going to be an unusual post on my blog, but I think it is a good idea to share the other side of life in Krakow. Visiting the cemetery on All Soul’s Day is customary in Poland and it is a national holiday on this day. I have been going to the cemetery myself all these years since I moved here as it is very beautiful and an eye-opening experience. It is celebrated on a grand scale here, just like the Dia De Los Muertos in South America.

Rakowicki is by far one of the oldest cemeteries here in Krakow. The first burial took place here in 1803. The largest and most important of Kraków’s cemeteries, today Rakowicki covers 42 hectares in area. Known nationally as All Saints’ Day (Dzień Wszystkich Świętych) and All Souls’ Day (Dzień Zaduszny, or Dzień Wszystkich Zmarłych) respectively, these two days of the calendar year are dedicated to prayer and paying tribute to the deceased by visiting their graves.

On the occasion of the All Saint’s and All Soul’s Day as I took a walk in some of the cemeteries like Rakowicki, I visited some of their grave sites. I decided to share some insights into lives and final resting place of some of Krakow’s famous personalities. Many of them excelled in what they did, all of them began with humble beginnings and rose to fame with pure dedication and hard work. As I wandered through the cemeteries, it dawned on me that these were some extraordinary human beings. A walk through Aleja Zasłuzonych or Avenue of Merit (The Alley of the Distinguished), in Rakowicki, and you can see the graves of many famous Poles. Fans visit all year round to pay tribute. Visitors from all over Poland stop by and light a Znicze in their memory on All Saint’s Day.

Maria Wisława Anna Szymborska was a Polish poet, essayist, translator and recipient of the 1996 Nobel Prize in Literature. Here are some interesting facts about her life.

-She was a heavy smoker. If you were to search on google a picture of Szymborska, chances are you will find pictures of her with a cigarette or smoking. She loved smoking, but she paid heavily with her health for this addiction. She was 89 when she passed away due to lung cancer. There is a cigarette on her tomb in her memory.

-She was one of the biggest fans of one of the best Polish boxer Andrzej Gołota. It was in 1996 when they were both sitting in the same restaurant in Warsaw, she saw him for the first time. She had just picked up her Nobel Prize, Gołota was just after the fight against Riddick Bowe (Riddick Bowe vs. Andrew Golota, billed as “Big Daddy’s Home”, was a professional boxing match contested on July 11, 1996). She saw a crowd of fans around Gołota and she too wanted to take a picture with him, but she was indecisive and instead, she quietly ate her meal. No one really took notice of her. She was fascinated with the phenomenon of the boxer’s popularity and become his fan. She used to wake up at night just to watch his fights from the US. She also had a huge cardboard cut-out of the boxer in her apartment. When Gołota joined the Polish version of Dancing with the Stars, she even started to watch the show. When she died, he wrote a remembrance for her: “I miss you in my corner, even though you never stepped on the ring. The lines remain. “Thank you” is not enough …”

-There is an exhibition called “Szuflada Szymborskiej” (Drawer of Szymborska) in Krakow’s National Museum. The exhibit contains private photos, glasses, notes, lighter and even the door to her apartment.

Tadeusz Kantor was a Polish painter, assemblage artist, set designer and theatre director. Kantor was renowned for his revolutionary theatrical performances in Poland and abroad.

-Tadeusz Kantor was very popular amongst the Italian public. His theatre performances received standing ovations. Italian fans even celebrated what would have been his 100th birthday.

-He died suddenly on 8th December 1990, during the rehearsals for the performance “Dzis sa moje urodziny” (Today is my birthday). His friend, Wanda Koromblowa, took him from his house on Sienna street 7 to the hospital Narutowicza. “Don’t switch off the light, I’ll be right back” he said, leaving the flat. He died a couple hours later because of the heart attack.

-Living monuments – a tribute to Kantor; every year on the 8th of December in front of the building “Archiwum Cricoteki” on Kanonicza Street, there is a short performance with characters and elements from his shows – Eternal Wanderer. It is a unique opportunity to see in action actors who took part in the original performances directed by Kantor himself.

-Cricoteka: The Art and Documentation Centre for Kantor’s work were built and completed in September 2014, to house some of Kantor’s works.

-There is also an upcoming movie about Kantor played by Polish actor Borys Sczyc. 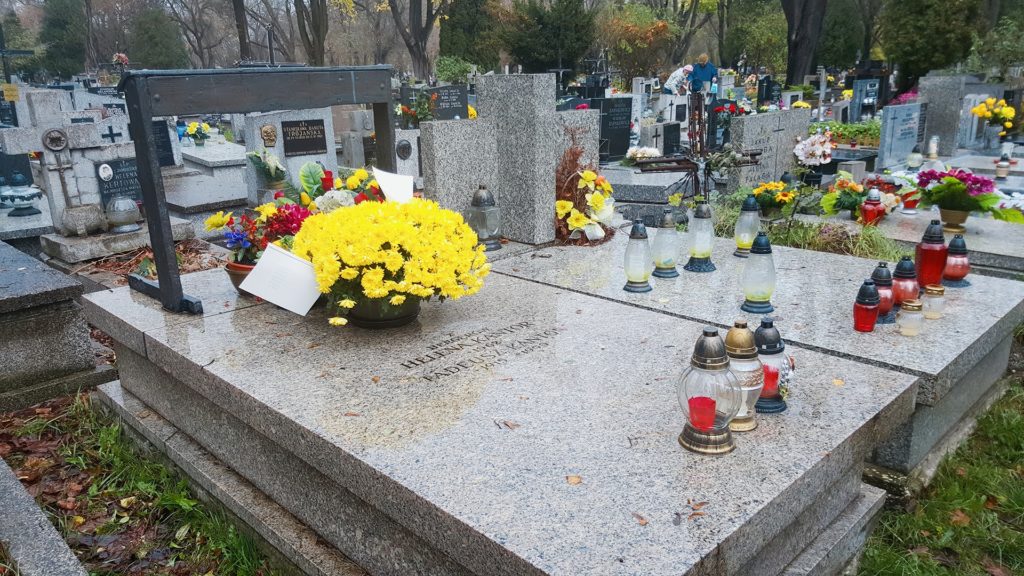 Czesław Miłosz was a Polish poet, prose writer, translator and diplomat. His World War II-era sequence The World is a collection of twenty “naïve” poems.

-Miłosz was born in Seteiniai, Lithuania, but completed his High School in Wilno which was part of Poland.

-He won the Nobel Prize 1980 for Literature, it was only at this time that many Poles became aware of him, as, during the communist times, his works were banned in Poland.

-Miłosz was the last person to be commemorated at the Skałka Roman Catholic Church.

-His books have been translated in over 44 languages

Zbigniew Wodecki was a Polish singer, musician, composer, actor and TV presenter. He recently passed away in May 2017.

-He made a debut as a singer in the Opole Festival 1972. He was the writer of songs like “Zacznij od Bacha”, “Lubię wracać tam, Gdzie byłem” or “Z Tobą chcę oglądać świat”, but he sang also a song to the intro for animated movie “Pszczółka Maja” (Maya the Bee), which was very popular in Poland in the 90’s.

– He died on 22nd May 2017, after a stroke. Thousands attended his funeral in Krakow. The mass took place in Mariacki Church and the bugler in the church tower played him a tribute “What a wonderful world” by Louis Armstrong. 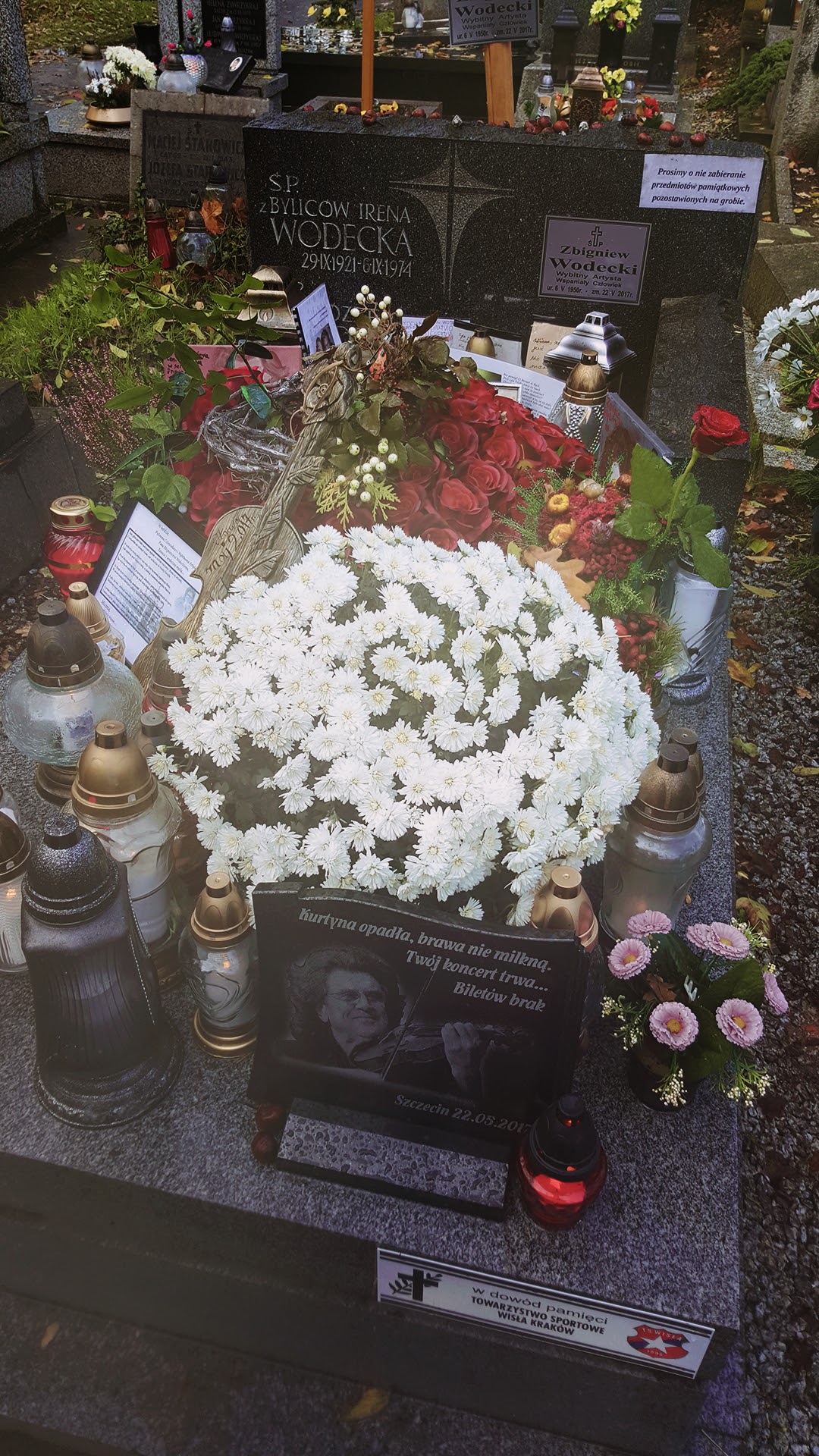 He was a Polish singer, songwriter, composer, and lyricist. Grechuta had a large number of popular hits, with his songs often characterized by the use of poetic and literary elements.

-His most famous song “Dni, których nie znamy” (The Days We Don’t Know Yet) – which I a heard on the radio many times, is the anthem of the football club Korona Kielce.

– In 2003, Grechuta collaborated with the group Myslovitz and re-recorded their older song Kraków. His song Dni, których nie znamy.

– Grechuta suffered from bipolar affective disorder manifesting in extreme mood swings. Some of his behaviours were mistaken for alcohol abuse.

– His son Lukasz Grechuta disappeared for two years, during this time he said that he was on his spiritual journey and was making pilgrimages on Santiago De Compostela and all the way to Rome.

Andrzej Witold Wajda was a Polish film and theatre director. Recipient of an Honorary Oscar, the Palme d’Or, as well as Honorary Golden Lion and Golden Bear Awards,

-He was a prominent member of the “Polish Film School”. He is buried in Salwator cemetery in Krakow.

– Four of his movies were nominated for an Oscar in the category Best Film in a Foreign Language (Ziemia Obiecana, Panny z Wilka, Człowiek z Żelaza and Katyń”, but he won an Honorary Oscar.

It was a humbling experience visiting the graves of these famous people. I learnt something new from this experience of researching their lives. For me, a cemetery is a place of quiet contemplation. After all, in the end, we are only just passers-by in this place we call home.

The Tradition of Religious Candles – Znicze